Ann grew up the oldest of three daughters in Scituate, MA, a small beach and fishing town south of Boston. Her mother had an enormous impact on her life. Trained as an artist, she was an early trailblazer... the only draftswoman at Bethlehem Steel Company in the 1940's, creating artistic renderings of ships from Texaco tankers to ones owned by Aristotle Onassis. Her father, an aesthetic in his own right, as a draftsman at BS, where they met. They instilled in Ann an appreciation for the beauty in the creations of man - from the architecture of Frank Lloyd Wright to the paintings of Renoir and Picasso.

Ann went to Tufts University, a legacy school where her grandmother graduated in 1907. She studied French literature, graduating in 3 years to pursue a passion for international relations, at the John Hopkins School of Advanced International Studies (SAIS), where she spent a semester in Bologna, Italy, furthering her study of art and culture.

Still unsure about her career objectives, Ann worked at an international oil company where she "discovered" business, and an MBA at Northeastern followed. She interned at General Foods, and fell in love with marketing. 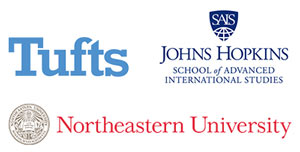 Ann couldn't believe she got paid to work at General Foods. Every day was an adventure in the "graduate school of marketing." Barely a decade after the Mad Men era, she was mentored by some of the "titans of the industry," Ann excelled both at GF and beyond.

She became known for "seeing around corners," and new business development became her forte. She had the privilege of working with great corporate leaders and created multiple new $100 million dollar businesses.

Ann loved the challenge. Saying "it can't be done" was like putting a red flag in front of a bull. "What do you mean you can't put cottage cheese in little cups?" She turned a declining business (cottage cheese) into an exciting yogurt alternative by developing a new form.

After a tenure at General Foods (Now Kraft Foods) she made the move to Campbell's Soup where she discovered the way to get kids to "drink their vegetables," by creating the foundation for V8 Splash. 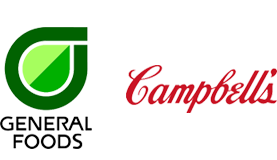 From Food To Tools

With more than a dozen years of the "fun foods business" under her belt, Ann joined Black & Decker, where she headed up marketing for North America, and discovered that there as indeed much to learn about the durable products business... A Dustbuster was NOT just like a box of Jell-O, even though they both were sold "in a box you can lift yourself," as Ann was fond of saying.

From the expansion of the Snakelight, to the introduction of a line of rechargeable small home appliances (VersaPak), and later to the launch of the Wellness Products Category at Remington Products, where she as a Division President, Ann had the gift of working with best-in-class companies, and leading many talented people to create elegant solutions to everyday problems.

When Remington was sold, Ann decided to start her own Home Spa products company, inspired by the power of women to chart their own path to wellness. With her knowledge of big business and the relationships she'd built over the years, she co-founded Artemis Woman, which became a $5M company in less than 7 years, with distribution in every major retailer in the United States. In some ways, it was like starting over... "You have to carry your own bags the whole way." She also gained access to the world of venture capital to help fund the expansion of her compnay.

Today, Ann is President and CEO of the Lilypad Group, which helps growing brands and businesses change their trajectory to achieve exponential growth.

This is Ann's magnum opus –– the pinnacle of a diverse and successful career in building brands and conveying brand value across a variety of channels. We could not be happier to have her as part of the Nimble Reality team. 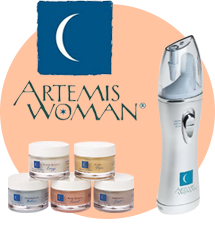