A Tribute to Jason Pollak: Business is Personal

I am reporting with an incredibly heavy heart that this past weekend we lost not only a professional collaborator, but a true friend. Jason Pollak, from Southampton, NY was killed as the passenger in a single-car accident on the early morning of Saturday April 19th. He was 24 years old.

In his tragically short life, Jason experienced more than most. He was a Son. Brother. Cousin. Friend. Surfer. Farmer. Warrior. Traveler. Founder. Supporter. Entertainer. Builder. He was Love.

For anyone who knew of Jason’s business ambition, you will understand when I say that we have lost a great and promising Captain of Industry. In his short time, he was able to set forth a foundation from which we will build his legacy upon. He was incredibly proud of the marketing work being accomplished via Railex.com and the associated sales efforts.

His character is what will be remembered. His vivaciousness, eagerness to learn, generosity, and most notably his selflessness was a gift to everyone with whom Jason met. I consider myself incredibly lucky to have been selected and entrusted to help establish his charitable organization, Worldwide Psychos. I will work with the group to honor his aspirations and provide support to those who are less fortunate than ourselves.

Jason’s words about the Psychos summarize his worldview, “WE ARE A STRONG MOVEMENT BASED ON POSITIVITY, CHARITY, AND RESPECT RISES ABOVE ALL. AMONGST OUR ASSOCIATION WE HAVE: SURFERS, SKATERS, ARTISTS, RAPPERS, MMA FIGHTERS, HUNTERS, FISHERMEN, GRAPHIC DESIGNERS, MODELS, ACTORS AND EVEN TRACTOR PULL RACE CAR DRIVERS.”

On a personal level, anytime I hear someone say “keep it real”, I feel encouraged to act as if I were channeling Jason’s spirit. He never had an ulterior motive and wore his heart on his sleeve. I know very few who could be considered more “real”.

Rest well my friend. Your pure and selfless spirit was a gift to us all. We will miss you terribly. I hope that you get to ride the biggest wave.

You will remain in our thoughts and hearts.

Your G,
David B

Epilogue: I had the unique pleasure to accompany Jason on his last business trip to one of the original Railex facilities in Wallula, WA. Immediately upon arrival, his company’s love for him was obvious. I know that he was incredibly proud of the work that he and his Marketing team had been doing for the company, and I intend on carrying on what he started. Below is a video that recaps our view of the facility. All ariel shots courtesy of Jason and his drone GoPro video machine. He really got a kick out of that drone! 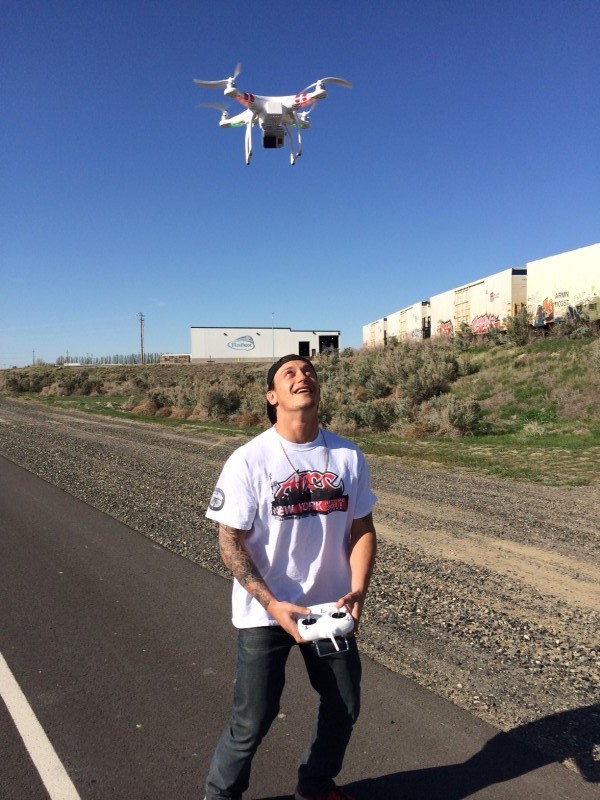 Shortly after receiving a Bronze PromaxBDA award, Editor Mark Viglione was awarded a Silver PromaxBDA award for his excellent work on Nickelodeon’s Slime Cup challenge. Learn more about the campaign, its 150+ deliverables, and

We are thrilled to announce that our very own Sam Zimman is a 2015 Silver Telly Award Winner for his work on the branded content entry “Houdini – Keep Watching.”