In 1994, Stefan Sagmeister announced the opening of his New York design firm Sagmeister Inc. with a postcard of himself wearing nothing but his socks.

In 2012, he teamed up with designer Jessica Walsh, and sent a similar postcard at the time of their debut featuring the pair completely naked. The candid nature of 50-year-old Sagmeister alongside 25-year-old Walsh was recognized as a bold move by the creative community.

Fast forward to March 9th, where newly-branded Viceroy Creative openly used this idea as the inspiration for their rebrand campaign. However, the photos, taken by Robert Wyatt, show the agency’s principals in peak physical condition following extreme 30-day diets and Hollywood-caliber regimens, as opposed to their natural appearances. 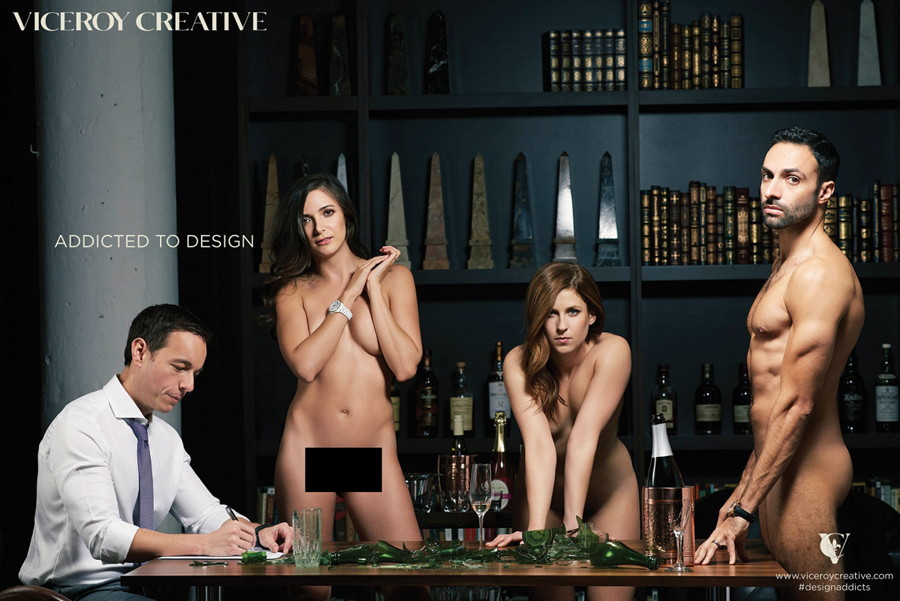 Aside from being unoriginal (and sure,  some might argue that there are no original ideas anyway), it also seems more self-serving. Taking these drastic measures says more about their egos than their work or client relationships. Viceroy’s motive, as gleaned from their interview in AdWeek, speaks more to their personal desires to look great on camera than their goals of being seen as an agency that “will go above and beyond the ask.”

Of course, as we know firsthand, rebranding is no easy feat. They’re not alone in the desire to look flawless. But after all is said and done, this might as well be another one of Wyatt’s Equinox ads.

Design is more than the look and feel of an object or entity. It is the resulting emotion of consumers, who ultimately dictate the value of a given product. Explore this exemplary guide on the various forms of design and their impacts on the end user experience.

Meet the biggest brand you’ve never heard of: Nimble redesigns the website for the company behind Sunggies, Snow Globes and the Pasta Pro.