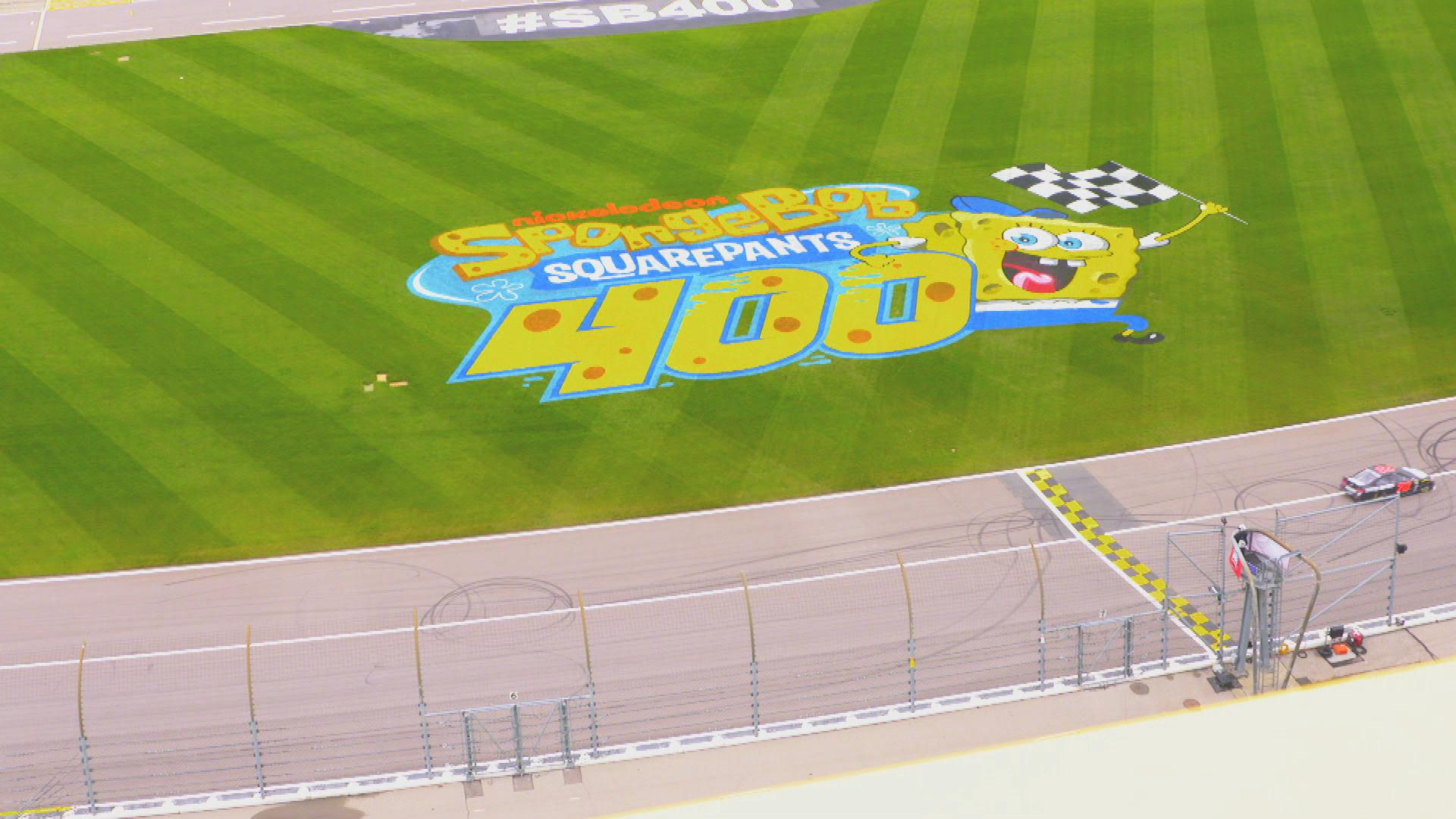 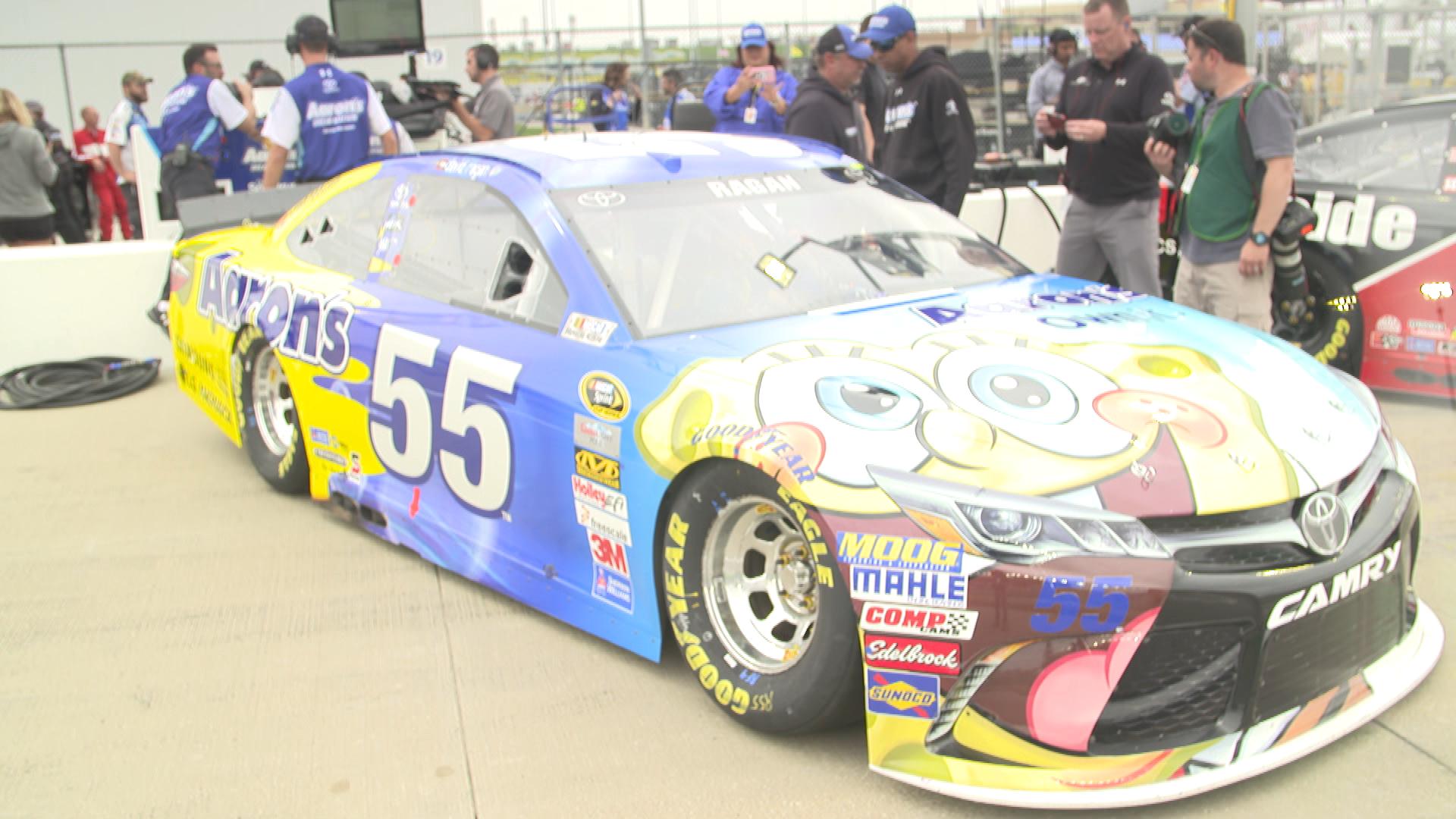 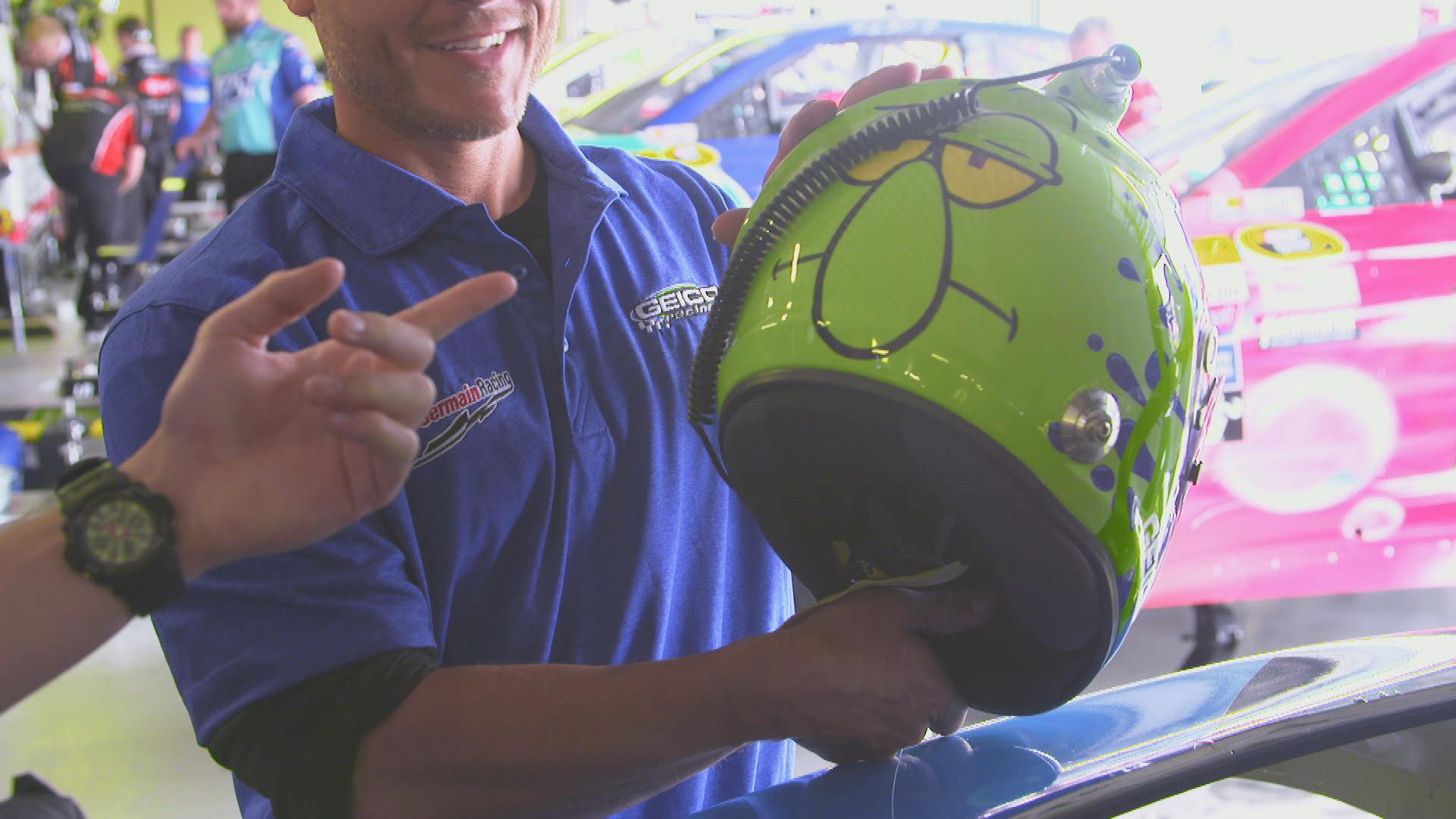 Jack and Kira went to an indoor go-karting track in Hollywood to test which of them was the better driver. A series of obstacle courses were set up on the track and they each took a turn racing the clock. The challenges were completely Spongebob themed, from pineapples to jellyfish to Bikini Bottom’s resident cast of characters. These challenges were crafted into interstitials throughout the marathon, along with a series of spots to promote the marathon all day long. 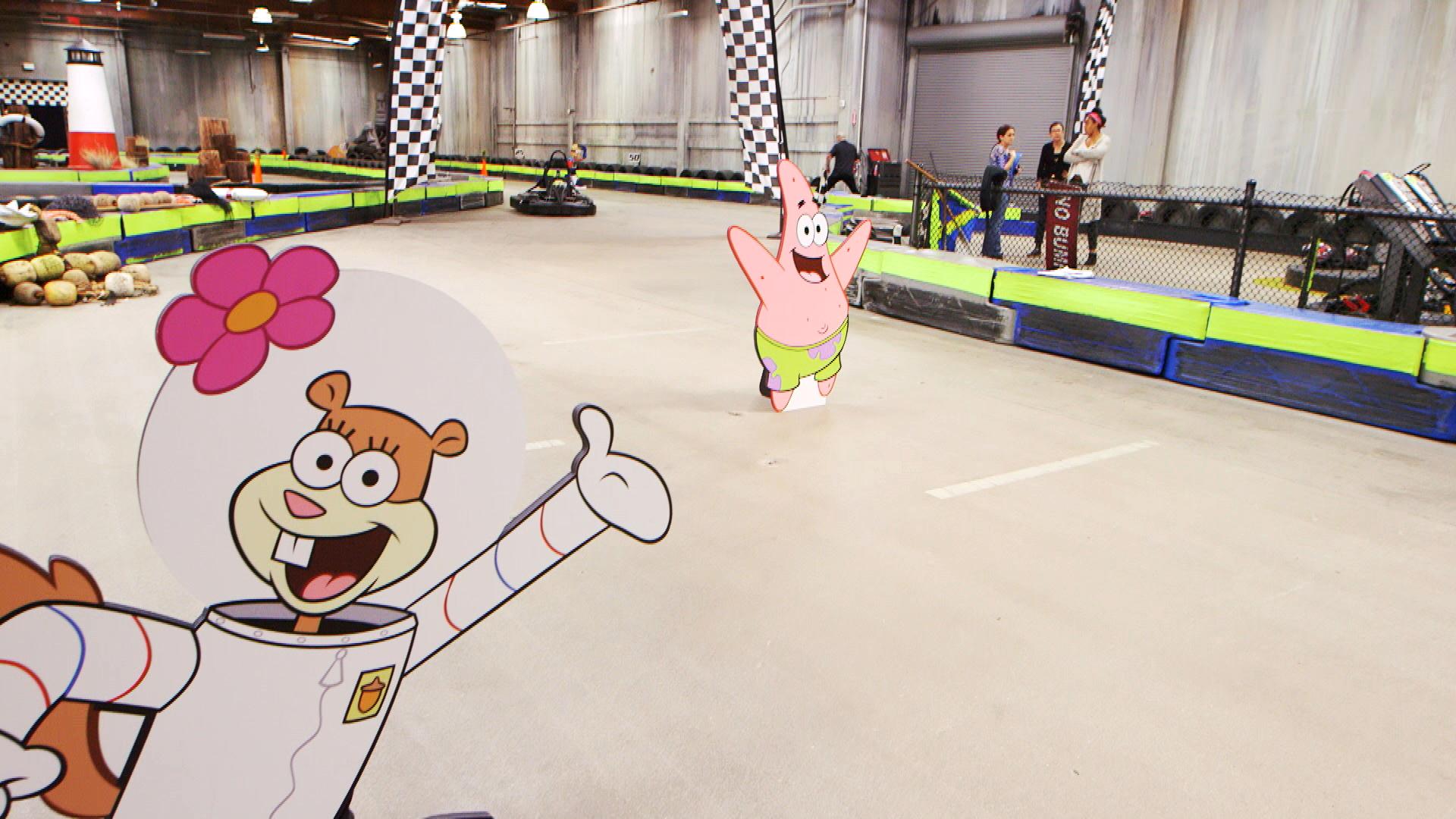 Nine cameras were set up for the production.  Two cameras for our stars who explained the marathon and the challenges and seven additional cameras to capture the race action (GoPros mounted to the go-karts and key spots on the track.) The multi-camera editing made the spots more dynamic and entertaining.

Throughout the marathon, it was publicized that the winner of these challenges would receive the ultimate prize of going to the SB 400 to take a spin in a real race car!

Since Jack Griffo was already at the SB 400 in Kansas earlier in the year, and international audiences would not have been likely to have seen that, the go-kart challenges were strategically set up so Jack would win and we could throw to the existing footage of him at the Kansas Speedway. The new series of promos were made with Jack at the race track touring the garages, suiting up for his ride, and the ride itself, but avoided the mentioning of any NASCAR drivers, as they would not be relevant to international viewers.t to international viewers.